The National Gallery England & its Exhibition of Sin

Across the world we are experiencing a strange situation like nothing ever experienced before… Covid has made travel nearly impossible, and our lives on a day to day basis have all been affected. Although it has given us a moment to reflect upon our own mortal frailty, but happy news! The National Gallery will launch its first exhibition devoted to the notion of sin. So, you can ponder about past moral indiscretions while staring at Jan Brueghel the Elder’s “The Garden of Eden” rather than binging on your favourite TV shows or glued to your iPhone contraption. “Sin is as universal as it is personal,” and as the National Gallery reflects in its press release “Most people at some point in their life will do something they regret.”

This exhibition will explore a subject almost everyone can relate to: Sin. The exhibition will portray the concept of sin in art by bringing together works of art from the Renaissance to Contemporary. The exhibit universally defines sin as a regrettable fault, offence, or omission. In Christianity, it is considered a transgression against divine law and many of the world’s major religions have similar concepts. This exhibition looks at complex theological ideas and depictions of “sinful” everyday behavior while encouraging people to think about their own definition of sin, how universal it is, but at the same time highly personal. Most people at some point in their life will do something they regret, although the gravity of their ‘sin’ and the way each individual or society deals with it very much depends on the country, time and social-cultural context. While the concerns, ambiguities, perceptions, and representations of sin extend across world religions and to those of no faith, Sin will primarily explore this concept within a Christian context. One’s mind can ponder upon the sins one has made, or may have contemplated, and then there are the sins yet to be discovered…. Maybe the definition of sin should not be deemed as a weakness, because sometimes to indulge in the forbidden takes courage… and if one has the mind to understand sin then doesn’t one then understand the consequences… maybe sin is a needed indulgence?

Two early paintings in the exhibition, ‘The Garden of Eden’ by Jan Brueghel the Elder, 1613 and ‘Adam and Eve’ by Lucas Cranach the Elder, 1526 feature scenes from the Old Testament which have helped define the concept of sin in the collective ‘Western’ consciousness: the moment described in the Book of Genesis when Adam and Eve eat the forbidden fruit from the tree of knowledge and are subsequently expelled from the Garden of Eden for committing the first sin.

Both pictures are ambiguous as they tell and warn the viewer about sin and yet portray the naked body as seductive and a potential source of temptation. Many artists over the centuries have sought to depict the seven deadly sins (pride, greed, lust, envy, gluttony, wrath and sloth), the group of sins defined as the worst by the sixth-century pope, Gregory I (Saint Gregory the Great).

“Adam and Eve” by Lucas Cranach the Elder (The Samuel Courtauld Trust, The Courtauld Gallery, London) 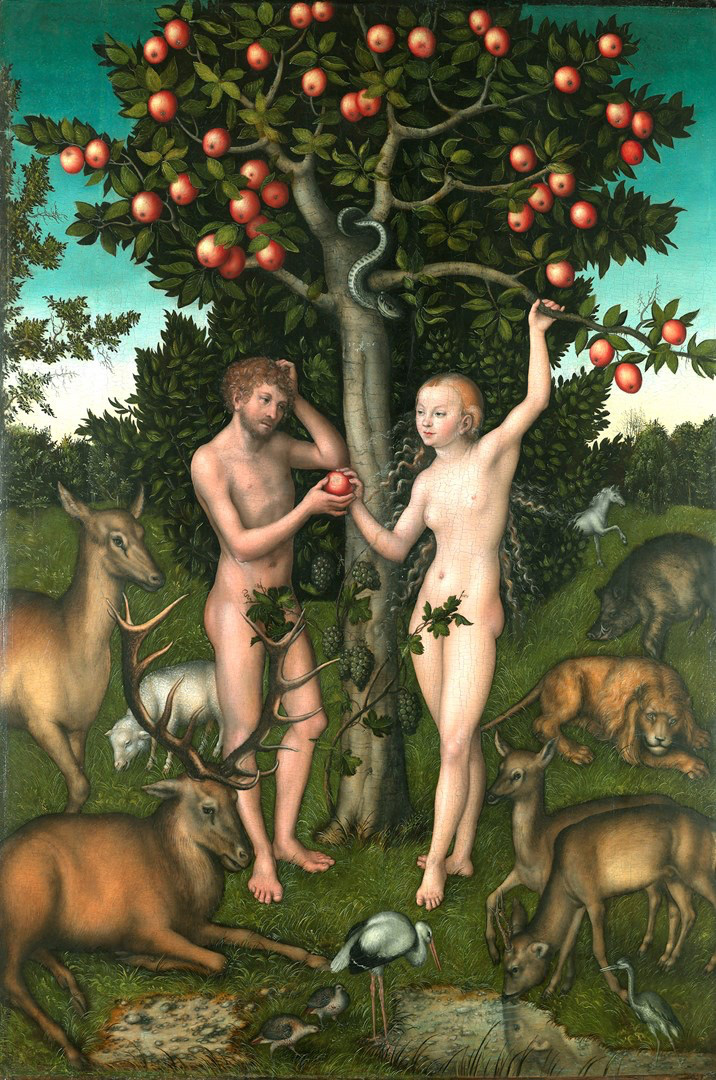 Tracey Emin’s neon ‘It was just a kiss’, for example — five words that suggest so much: it’s not a betrayal unless you shag him; it wasn’t sexual; it was just a bit of fun; I was just saying hello, how could I know they’d nail him to a cross 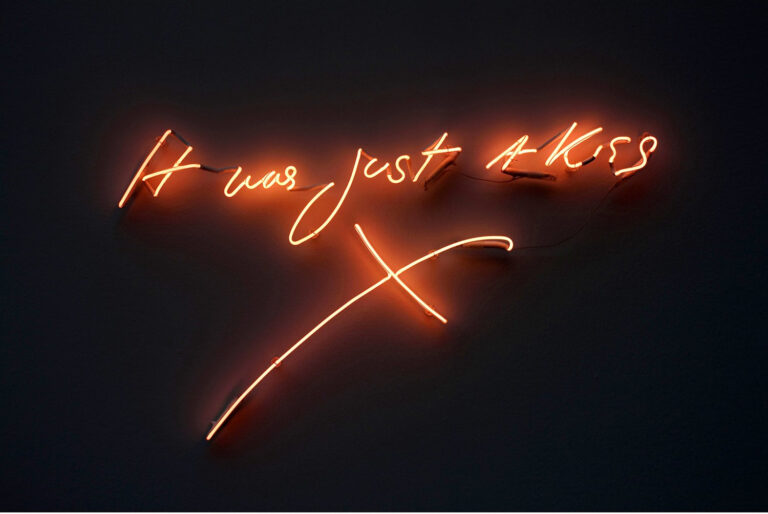